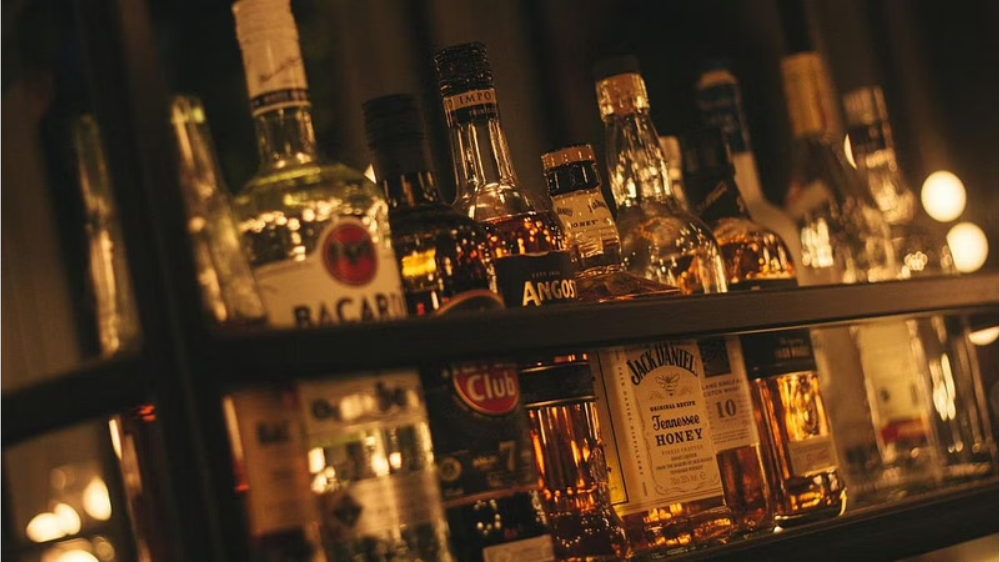 New Delhi: An immediate slashing of tariffs, and faster imports of British liquor into Indian markets under the proposed free trade agreement (FTA) between India and the UK are some of the main demands being pushed by International Spirits and Wines Association of India (ISWAI), an international liquor trade body.

ISWAI, which represents global brands like Bacardi, Diageo-United Spirits and Pernod Ricard, is pushing for an immediate reduction in customs duty on imported liquor under the India-UK FTA, the talks for which have been on since January.

This could make the Scotch whisky entering India much cheaper. All imported alcohol, both spirits and wines, currently attracts a customs duty of 150 per cent — among the highest in the world.

In an interview with ThePrint, I.P. Suresh Menon, Secretary General, ISWAI, said the body is seeking an immediate reduction in customs duty on imported spirits from 150 per cent to 75 per cent, and to a final rate of 30 per cent over a period of three years.

“For bottled in origin (BIO) alcohol, the threshold price should be $24 for a case of 12 bottles of 750ml each. In terms of bulk, it should be for $2.2 per litre of pure alcohol,” added Menon.

BIO is alcohol bottled overseas, where it was produced. Bottled in India (BII) refers to alcohol imported in bulk and bottled in India. Multinational firms like Diageo own several brands in the Scotch segment that are both BIO and BII.

“If Indian products are good enough to compete with foreign players, why haven’t they made any headway in the UK where 60 per cent of the market prefers ‘white’ liquor? What product from India in gin or vodka has made headway in the UK? After all, gin and vodka don’t have maturation restrictions,” he added.

With the India-UK FTA, London has expressed that cutting tariffs on exports of finished goods, like Scotch whisky and British-made cars, are a “priority”.

The FTA, for which four rounds of talks are completed, is expected to be signed by Diwali, a deadline set by both India and the UK during British Prime Minister Boris Johnson’s visit to India in April.

Tariff reductions can be ‘positive guidance’ for others

According to ISWAI, if the India-UK FTA is successful in cutting tariffs, it will be a “positive guidance” for India’s ongoing FTA negotiations with the European Union and Canada, where high import duty on alcohol is a sensitive issue as well.

“In the calendar year of 2019, India imported a total of 1.66 million cases of BIO spirits, of which 1.18 million were Scotch whisky. The remaining 0.5 million mainly consisted of alco-bev products from the US, white spirits from the EU and others. Therefore, whatever is decided in the case of the UK, will be a guidance for the other countries,” said Menon.

However, he added that these tariff cuts should be “substantial”.

“If India does this in the same manner as it did with Australian wines under the ECTA (Economic Cooperation and Trade Agreement), it may not be as positive,” Menon said. “The UK may not do a deal if it is not substantial.”

In April, India and Australia signed the ECTA, an early harvest agreement intended to be the first step towards a larger deal due to be finalised by the end of this year.

The threshold price of bottled wine liberalised under the ECTA, however, only benefits 2 per cent of Australian wines while the remaining 98 per cent consumed by middle-income consumers continues to attract a duty of 150 per cent, noted a recent report by New Delhi-based think tank Indian Council for Research on International Economic Relations (ICRIER).

“Also, some Indian single malts and whiskies don’t make an age-claim on their labelling,” he said, adding that it makes them less competitive when put on a shelf next to bottles that do make an age claim.

Also read: Liquor duty to dairy — What we can expect in the India-EU trade negotiations

India is the second largest importer of whisky in the world, with Scotch whisky constituting about 2 per cent of the Indian market.

Data from the UK-based International Wines and Spirits Record, that ThePrint has access to, however, shows that despite being the home of Scotch whisky, only 40 per cent of the UK consumes “brown” spirits (whisky, brandy and rum), which is way less than India’s nearly 98 per cent. Of that 98 per cent, over two-thirds prefer whisky.

Domestic distillers in India have long pushed back against calls for a reduction in alcohol tariffs.

“The UK’s standards of maturation for whisky does not just apply to India but to 70-odd countries,” said Menon. “Even if the UK were to tweak these standards for India, will it be according to the climate in Rajasthan, Uttarakhand or Goa? How do you fix a norm when the climatic conditions across states vary so much?” asked Menon.

He argued that the problem in India are its rather “outdated” state excise laws.

“The real problem is that the excise laws in the country are outdated,” he said. “Some also claim the maturation loss [due to evaporation in a hotter climate] is much less than the actual loss of maturation. Say maturation loss is actually 10 per cent, but some excise policies will say it is 0.5 per cent. The implication is that the authorities believe that 9.5%, in this example, is being surreptitiously taken away by the supplier and converted into IMFL (Indian-made Foreign Liquor) without payment of excise duty on that IMFL.”

Apart from BII and BIO, this other segment in the Indian industry, the IMFL, refers to hard liquor — whisky, rum, brandy and others — that is produced in India but is not indigenous to the country. Not traditionally made from grain, IMFL is produced from molasses and uses colouring like caramel. Sometimes it is blended with imported liquor and Indian malts.

ISWAI also disagreed with claims that alcohol tariff cuts under the India-UK FTA could hurt the ecosystem of the domestic industry which sustains approximately 50 lakh farmers and employs 20 lakh people.

“The around 20 lakh people employed include truck operators, salesmen in outlets etc, who are common between the imported and domestic liquor. We have 85,000 retail outlets in the country and shops sell both BIO and IMFL products,” said Menon. “It’s not an us versus them scenario.”